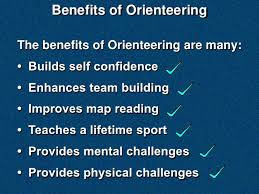 Parents were invited into Whitebeam to join their children in an afternoon of activities on the school field.

We started with an 'Identify the Close-up Picture' quiz.  These were close up photos of objects around the school grounds, some were quite tricky!  Despite this, I think most groups managed to find them all, so well done.

This was followed by an 'orienteering' trail around the netball court. Numbered cones were set out at strategic points and plans/trails given to the groups to follow, collecting the numbers on route. These were then added up at the end and if the correct trail was followed then the totals should have agreed with the official answer sheet.  It certainly took some thought keeping the plans the right way up and disregarding cones not on that particular trail. The grownups were kept on their toes, too!

We then had to find natural materials to represent numbers. Lots of ingenious ways were thought up for this; some chose to weave grass into number shapes, others collected the relevant number of stones or twigs, or even finding clover for the number 3.

The sun was shining so a well earned drink and biscuit kept the energy levels up for a more advanced trail around the football pitch. The position of cones had to be identified on the plan and numbers collected. Everyone seemed to learn the importance of having the plan the right way up (and I hope everyone now knows which way North is in the school grounds!).

Thank you to all of you who took part; I'm sure the children helped if you were stuck on any of the cones!!

"I liked making the numbers out of the natural things." Didier

"My favourite bit was trying to find the things in the pictures. Some were easy but others you really had to look for."  McKenzie

"It was really good fun!"  Cicely